If you're going to be hosting holiday parties this year, you want to make sure that your home is spic and span. If you've got hidden odors, no matter how clean you get your home, it's still not going to smell good. Unfortunately, those odors can really dampen the festive spirit of your holiday parties. Some odors can't be masked with potpourri and scented candles. For the big odors, you'll need to bring in the big guns. Here are four steps you'll need to take to make sure that those hidden odors don't overwhelm your holiday parties.

Get the Debris Out of the Ducts

Since it's going to cold during the holidays, you'll probably have your heater going during your parties. If your ducts are dirty, you're going to get all kinds of musty,dirty odors wafting through your house. If you've got some dead rodents up there – which is always possible – you may end up with some downright disgusting odors during your holiday parties. Avoid the embarrassment by having your ducts cleaned before you host your first party.

If you've got a septic tank that hasn't been serviced in a while, you've got the potential for some truly ripe odors during your parties. Septic gases can build up in the tank, and sneak up through the drain pipes. Not only that, but if your tank is too full, you could actually end up with some raw sewage backing up into your tubs, especially if you have a lot of extra people flushing the toilets and washing their hands. You want people to remember your parties, but not because you ended up with raw sewage in your tubs. Avoid that possibility completely by having your septic serviced.

Have Your Drains Cleaned

You might not realize this, but your kitchen appliances can be a source of smelly odors during the holidays too. If your refrigerator hasn't been cleaned in a while, the drain pan and condensation hose could be filled with moldy water, which can breed some nasty odors. Your dish washer could also be hiding some stagnant water, which could cause odors. Stop the odors in their tracks by having your appliances professionally cleaned. 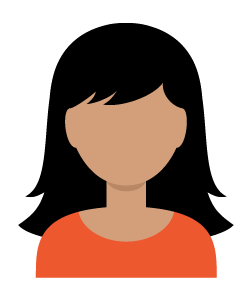